A 16-year-old pupil of American International School, Lagos, has been confirmed kidnapped on his way to school

It had also been reported that the victim was kidnapped in the morning while going to school while the drivers’ whereabouts remained unknown.

The vehicle was however found abandoned at the Palms shopping Mall, located in Lekki area of the state.

Although the identity of the victim was not initially known, school authorities have identified him as Olufolabi Adeniji, an 11th grade pupil.

Another victim is a female head of an insurance company based in Lagos who is in her forties and was abducted a few meters away from her home in the eye-brow Magodo area of Lagos. She was on her way to work. The abductors, according to sources close to the woman, overtook her vehicle in a dangerous manner, just a few moments after she left home, and crossed her car.

The woman was carried out from her car and dumped into the kidnappers’ SUV. The kidnappers zoomed off, leaving the woman’s driver and her car.

Her captors later made contact with her office and want N30million paid to them.

In a similar vein, Kidnappers had on 15 April captured Kehinde Bamigbetan, chairman of the Ejigbo LCDA in Lagos. He was released six days after, after a ransom of N15million was reportedly paid. Same week a lady, Nnena Edu, was kidnapped in front of Redeemed Christian Church of God, Sabo, Yaba, on Sunday. She was however released three days later

In March, A British businessman was kidnapped in the center of Nigeria’s main commercial hub of Lagos, the Associated Press reported saying the victim was believed to have been taken hostage as he departed from a nightclub on ritzy Victoria Island.

A representative of the British High Commission later confirmed to Reuters that an expatriate had been taken hostage but declined to provide further details.

Children are also said to be an easy target in this menace as cases of kids being abducted have also been reported in recent time. For instance, ealier this year, a two years old Emmanuel Alonge was abducted for days with ransom of N20 million demanded.

Members of the Lagos State House of Assembly, southwest Nigeria, are currently considering a bill to criminalise acts of terrorism, hostage taking and rape in the state.

While the sponsors of the private member bill fixed between 10 and 20 years imprisonment for acts considered to have contravened the law when passed, others have argued in favour of death penalty for convicted terrorists in the state.

The bill, which also provides for the forfeiture of properties and money where a person is convicted, also puts the maximum sentence for convicted rapists at 10 years.

Part of the bill which could not scale through the second reading at plenary due to some grey areas observed by the members, also stipulates that, “a person who belongs or professes to belong to a proscribed organization, commits an offence under this law and shall on conviction be liable to imprisonment for a maximum of 20 years.”

Section 11 of the 37-section bill obtained by P.M.NEWS stipulates that any person who knowingly seizes, detains or attempts to do any of both, commits an offence that makes him liable to a maximum of 10 years imprisonment.

The bill further provides that anybody who aids and abets a suspected terrorist or assists him keep any of his proceeds is liable to a maximum of 10 years imprisonment.

According to a section of the bill, anyone who provides support for terrorists, helps them to solicit or receive resources is liable to an act of terrorism and could face a 20-year jail term.

“A person, whether or not in the armed services, who harbours, conceals or causes to be harboured or concealed, a person whom he knew to have committed, or to have been convicted of an act of terrorism or against whom he knew that a warrant of arrest or imprisonment for such an act had been issued commits an offence under this law and shall on conviction be liable to imprisonment for a maximum term of 10 years,” Section 5 of the bill spells out.

The bill also provides that anyone caught training terrorists or assisting in the training could face a maximum term of 10 years imprisonment.

Anybody who distorts the information that could assist in apprehending a suspected terrorist is liable to 10 years imprisonment.

Titled: Bill For A Law To Provide For Offences Relating To Terrorist Activities And Terrorism In Nigeria And Other Connected Purposes, the bill also has provisions concerning the role of financial institutions in preventing acts of terrorism.

Where a suspected terrorist approaches the financial institution for transactions, the bank is expected to report to an appropriate authority within 72 hours or be liable to a minimum fine of N5 million or a five-year jail term for its management team.

When the bill was presented to be read a second time, many of the members commended its sponsors, noting its timeliness due to the growing insecurity in the state and country.

The Chief Whip of the House, Razak Balogun, described the bill as very important, timely and auspicious due to the level of criminality in the society currently.

He said as a result, anyone who has the interest of the people at heart must begin to anticipate solution to kidnapping and terrorism before they escalate beyond redemption, noting that the bill successfully looks at every angle of crime that may be part of terrorism including hostage taking, airplane hijack and lots more.

He also noted that the bill was expanded to provide for sanctions against sponsors of terrorist activites.

His colleague, Bisi Yusuf, noted that Lagos is the most strategic state in the federation and as a result must be guarded jealously.

“The statistics of people who have been abducted in the state now makes the bill very important,” he said, adding that through the bill, no landlord would say he does not know what his tenants do for a living.

Gbolahan Yishawu, on his part, said fighting terrorism is not what the state should shy away from, adding that it is now currently causing serious concern among every citizen.

He called on the House to ensure that the bill does not clash with the provisions of the constitution.

Some of the lawmakers also asked that punishment for some of the crimes in the bill be spelt out clearly. They spoke in favour of death penalty.

The Speaker, Adeyemi Ikuforiji, stepped down the bill to enable thorough research and the clearing of its grey areas before it would pass through the second reading.

According to Lagos state police commissioner who spoke to media recently, “While I agree that there are few cases of kidnapping in recent times, I don’t believe they are on the rampage. When we face challenges, we find a way to tackle them. We have gone after the kidnappers in the state and we have started recording progress.

Over half a dozen civic groups in Lagos yesterday called on the state government to get real and tackle the challenge of kidnapping which they say is currently on the rise and is being kept off the radar by the administration for fear of hurting business interest in the state.

The way to tackle the challenge the group said in their statement is a pro-active and dynamic enforcement measure, with strong input from the state government, the police, the media and the citizenry.

“They all have key roles to play in stemming this danger” said the group which also urged the media to help promote awareness of this growing danger, even as it pressed citizens to imbibe strong vigilance culture.

The full text of the group reads:

“We, the undersigned Nigerian civil society organisations are seriously concerned about reports of the kidnapping of Nigerian citizens and foreign nationals in Lagos State in the last few months.

In August 2011, a nursing mother, Mrs. Yanju Kusamotu Thomas was abducted in the presence of her husband, leaving him with the responsibility of searching for the wife and nursing a 5 month old baby left by the wife.

In October 2011, the Lagos state police command successfully rescued Dr. Godwin Ene, a 66 year old Surgeon from a kidnapper’s den. In that captivity were also Godwin Okonkwo and a US based business man, Rodney Agaga both of who have spent 3 and 5 weeks respectively in the hands of their captors. In that same month, it took the timely intervention of the Oodua People’s Congress members in Orile to foil a kidnapping attempt of 2 children, Rita and Ruth.

Also, a banker, Mr. Yemi Odusanya of Access Bank was kidnapped on 22 April, 2012 in Lagos State. A female medical doctor, kidnapped in Ogun State last week was found in Epe in Lagos State. Three Lebanese and an Indian national were also kidnapped last week. According to our information, the police to whom reports were lodged have failed or refused to investigate the allegations or ensure the victims’ access to an effective remedy. The result is that the relations and friends of the victims reportedly paid ransom ranging from N3m to N20m to secure their freedom.

We are concerned that the Lagos State Government, despite being aware of the problem, has curiously failed or neglected to take any action to tackle the problem or to publicly acknowledge this troubling practice. We are not unaware of the State Government’s adopted approach of concealing the development so as not to scare investors away from the State and Country.

We are further concerned that the continuing lack of action or public acknowledgement of the problem by the Lagos State Government poses a serious threat to the constitutionally and internationally recognized human rights of Nigerians to life and security of their person, and human dignity. This approach is rather increasing people’s vulnerability and providing a thriving environment for the kidnappers.

We believe that the primary purpose of any serious government is to ensure the security of lives and property of the citizens and foreign nationals in the country. We are concerned that the failure of the Lagos State Government to tackle the problem and provide an environment where victims and their families will receive the protection of the law has continued to exacerbate the situation.

(1) Call on the Lagos State Government and Federal Government to publicly acknowledge the problem, and take urgent and concrete measures to combat kidnapping across the country;

(2) Call on the Lagos State Government to collaborate with the Police in setting up an effective intelligence agency with the specific mandate of addressing and stemming this trend;

(3) Call on the Inspector-General of Police to direct the Lagos State Police Command and other commands in the country to guarantee the safety of Nigerians and others in any part of the country;

(5) Call on Nigerians and other foreign Nationals in Lagos to be vigilant, and collaborate with Law enforcement agencies in ensuring their security and that of the State.

(6) Call on the media to assist people in their vigilance by providing deserved media coverage and information on related development in the state.

Centre for the Rule of Law (CENTROLAW)

Committee for the Defence of Human Rights (CDHR), Lagos 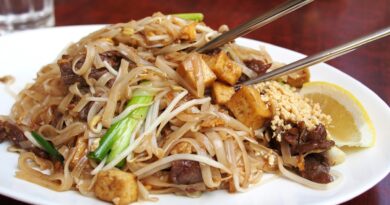