Adoji polled 117 to defeat Engr. Aminu Suleiman, Elder Ubolo Okpanachi and Isaac Alfa, a former Chief of Air Staff and senator, and who scored 54, 43 and 20 respectively.

The PDP chieftain who contested the senatorial election during the last 2019 general elections is a grassroot politician who has contributed immensely to the growth and development of the Igala Kingdom (Kogi State) in several areas, especially around education, empowerment, health care delivery and physical development.
Mr Adoji, in an interview with journalists, thanked the party’s delegates for their overwhelming support and confidence they had in him.

He said the victory was the beginning of a new dawn in Kogi, particularly the Kogi East while expressing confidence for victory in the general election.

The silent philanthropist extraordinaire assured Kogi East people that his presence in the National Assembly would impact the generality of the state in areas of economy, security and infrastructural development.

The election was peaceful and monitored by a team of joint security agents, the officials of the Independent National Electoral Commission (INEC) and the media 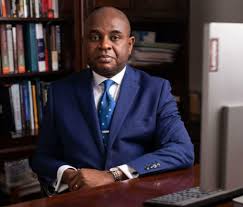