Making the call, Mr. Femi Falana disclosed that it is not enough to campaign for registration but insisted that there should be adequate education by all stakeholders on the type of information required of them.

Speaking during the unveiling of the Registration Portal of the “40 Million Ballots Movement”, initiated by Youths on the Street Initiative founded in 2017, Falana lamented that the present administration is planning to install continuity of unemployment, poverty, insecurity adding that Nigerians should stand against it with their votes.

According to him, Nigerians must demand for credible elections and begin to campaign against elections malpractices and that those involved should duly prosecuted. 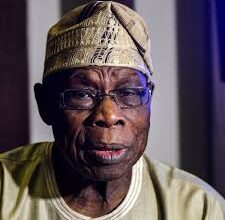 Presidency should go to S-East

I’ve not yet donated vehicle to any APC delegate, says Malami