Governor Samuel Ortom of Benue State has rebuffed claim by his former Chief of Staff, Mr. Terwase Orbunde, to pay him a princely sum of N160 million, which he claimed to have used in assisting the governor to win the 2015 election.

Governor Ortom’s rebuff is contained in a response to a formal request by his former CoS to reimburse him with the said amount of money, which he claimed to have sold his house in Wuye District of Abuja and ploughed same into the election of the governor but did not say in specific terms how the money was deployed.

In what appeared as an open confrontation, Mr. Orbunde had in a five-paragraph letter dated April 16, 2022, with the title: “Appeal for Reimbursement”, reminded Ortom to refund the N160 million to him since he sold his property at Plot 715 Wuye, BO3 District to raise the money which was spent on the 2015 election.

“As His Excellency may wish to recall, one of the critical points, which God used in securing victory in the 2015 governorship election, was for His Excellency Gabriel Suswam to lose his Senatorial bid. This came at a cost. I do not wish to go into details beyond this.

“It is my desire to arrange a place and move my family and property out of Commissioners’ Quarters as soon as possible. This has made this request very pressing and inevitable since I do not have other sources of raising funds now,” Orbunde wrote.

But Governor Ortom on April 23, 2022 fired back at Orbunde, dismissing his claim of N160 million as untenable and unknown to him, while acknowledging the fact that he worked with Orbunde during the election leading to his victory in 2015. 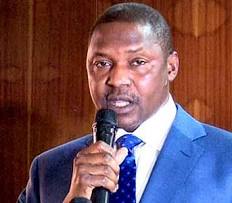