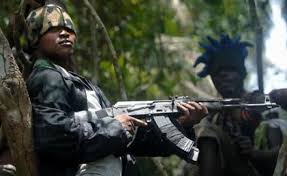 Gunmen on Friday night attacked residents of Kuru in Jos South local government area of Plateau State, killing one and injuring three others.

The deceased is said to be a student of Science Secondary School, Kuru.

The incident came about five weeks after 142 persons were reportedly killed in attacks on some communities in Kanam and Wase local government areas of the state. Conflicting reports had emerged last night that gunmen had invaded the school as sources said students had left the school to charge their phones in the host community when the gunmen stormed the area at about 8 pm.

The claim of the students leaving the school compound was not readily confirmed but the state Police Command, in a response by its Public Relations Officer, DSP Alabo Alfred, said the school was not invaded. “The attention of the Plateau State Police Command has been drawn to news making the rounds in some sections of the media space alleging erroneously that Science School Kuru, Jos is under attack by some groups believed to be terrorists”, Alfred said.

“The Command wishes to set the records straight that on 10/06/2022 at about 2000hrs, information was received at our end that some unknown hoodlums were firing along Mararaban Jama’a, Riyom Road, not Science School, Kuru Jos as it is reported by a cross section of the media. Upon receipt of the report, a high-powered team of Policemen and other security agencies responded swiftly and mobilized to the scene of the incident.

“On reaching the scene, the gunmen had fled leaving behind one person dead and three others injured. The injured persons were conveyed immediately to hospital for treatment. Meanwhile, the police are still on the trail of the fleeing suspects. The Commissioner of Police Plateau State Command, CP Bartholomew Onyeka, advised members of the public to go about their lawful business as normalcy has already been restored in the area.