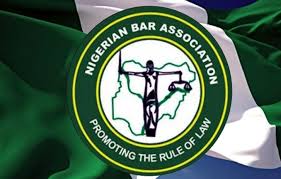 This came as the Technical Committee on Conference Planning, TCCP, for the 2022 Annual General Conference, AGC, of the NBA, has announced  the commencement of registration for the 62nd NBA AGC.

Chairman of ECNBA, Ayodele Akintunde, SAN,  and  Secretary, Mabel Ekeke, listing the candidates properly nominated for the election, said: “Pursuant to Part IV(11) and V(7), Second Schedule of the Constitution of the NBA 2015(as amended in 2021), a reminder notice was issued on June 6, 2022, to all candidates to submit not later than June 10, 2022,  all campaign materials including curriculum vitae of not more than four pages of A4-size paper and comprehensive manifestos for publication.”

For the President, the candidates are Gadzama Joe-Kyari, SAN, Mikyau Yakubu, SAN and Taidi Jonathan.

For the position of General Secretary, those to face the voters are Adegbite Adesina, Asenoguan Osamuede, Ogiegbaen Callistus and Yamah Desmond.

Meanwhile, Aka Oluwaseun, Balogun Dhikrullah, Kip Daniel and Oseme Peremene are to fight it out for the Assistant General Secretary post.

The Treasurer has Adeogun Funmilola, Anze-Bishop Caroline and Balarabe Safiya as contestants.

Welfare Secretary will have Adaramola Gbemiga, Aniekwena Ben, Auta Nyada, Obasi Chinyere and Ugwuoke Ikechukwu slug it out for the post.

Chairman, Technical Committee on Conference Planning, TCCP, Mr. Tobenna Erojikwe,  said that registration for the conference opened on  June 12, with an early bird registration window and that participants would be able to register for either physical attendance or virtual attendance at the association’s website.

The conference is scheduled to hold in Lagos from August 19 to 26, 2022, with the theme: Bold Transitions, while renowned Nigerian author, Chimamanda  Adichie, is the keynote speaker.

“The core objective of the 62nd edition of the NBA Annual General Conference is to host a world-class conference, with in-depth discourse on critical issues affecting the legal profession and the country, facilitated by the most eminently qualified resource persons able to galvanize all conference attendees towards the path of becoming better legal practitioners and experts in their chosen fields; shape public opinion on critical issues; and inspire lawyers to build the law firms of the future,” Erojikwe said.

The registration fees are broken down according to categories. There has also been a significant reduction in the fees for virtual attendance compared to 2021.

Justices,  Judges, Grand Khadis and Khadis will pay N75,000 registration whether they come as early bird, regular registration or late registration. However, if they wish to participate virtually, the cost is N25,000 instead of N37,500 they paid in 2021.

For non-lawyers who want to attend the conference, the fee is N100,000 irrespective of whether it is early bird, regular or late registration. If they want to register to attend virtually, the fee is N30,000, N20,000 less than last year’s fee.

International delegates will pay a fee of $300 for either early bird, regular or late registration, but $100 for virtual attendance, $50 less than last year’s fee.

“The AGC will bring together thought leaders in the areas of justice delivery, technology, economy, politics, judicial reforms, human rights and rule of law. The aim is to have leading lawyers and thought leaders in the various fields to discuss and harmonise positions on the way forward on building a more effective Bar and a resilient country able to thrive amidst changing global dynamics,” Erojikwe said. 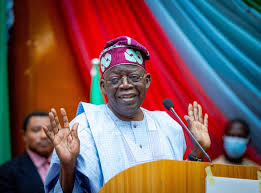 I did not pay tribute to Tinubu – Soyinka