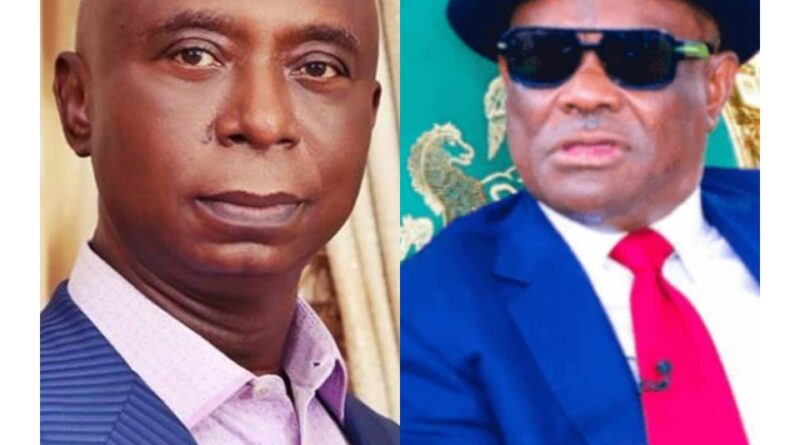 Recently, Ned Nwoko, the Peoples Democratic Party (PDP)senatorial candidate for the Delta North Senatorial District of the National Assembly, made a case for the suspension of Governor Nyesom Wike of Rivers State.

According to him, Wike has made strenuous efforts to destroy the party ever since his loss to Atiku Abubakar at the presidential primary of the People’s Democratic Party held in the middle of the year.

While it would sound preposterous and uncanny on the part of Nwoko to make such wild and provocative statement given the sensitivity of the issue, it would be quite difficult to fault the logic behind the call.
But the problem with Nwoko’s preachment is that it’s one-sided and glosses over the finer points of Wike’s larger than life contribution to resuscitating the party following its interment after the 2015 presidential election that nailed the coffin of the party’s stranglehold on Nigeria.

The truth is that Wike more than any other personality was the architect of the second coming of PDP.
But do logic and basic common sense give room for a builder to destroy an enduring structure put in place; just because of the errancy of the tenancy? No.
If we interrogate the semiotics and sociology of PDP after the contentious, fractious presidential primary, we would observe that the major leitmotif of Wike’s post presidential primary politics is to fall the house just because its strictures do not conform to his political teleological plan along with five PDP governors loyal to him called G-5.
Wike allows base human nature which thrives on narcissism and ego to take the better of him and allowed him to jettisoning playing a statesman role, which would have given him high moral standing and larger political stature .
The ‘if i can not have it no one will’ mentality and ‘pull -the – house down syndrome’ have cut deep on the dwindling fortune of the party owing in large measures to Wike’s anti party activities.
A true statesman will not destroy the structure he has built just because the outcomes of the rules of the engagement which every member has sworn to doesn’t favour him.
The most brazen of the anti party activities was the recent endorsement of an APC governor Babajide Sanwoolu of Lagos State for a second term just to spite his own party – the PDP. This kind of behavior is puerile and smacks of political immaturity and desperation.
Wike has repeatedly stalled all efforts at peace making and fence mending made by his Party.
But the truth is that the party and its apparatchik have not done well in handling the angst of Wike which has led to the current impasse.
Iyorchia Ayu, chairman of the party ought to have resigned to honour his own words and in deference to equity and fairness.
He who must come to equity must do so with clean hands. It’s largely immoral and politically incorrect to have a presidential candidate and the party chairman from the same part of the country.

Two wrongs , as the saying goes can not make a right, on that note, Wike who made enormous sacrifices to build the party after its disastrous defeat at the poll in 2015 should have played the statesman and allowed peace to reign. That way, history would have been kind to him and harder on those who insisted on having the presidential candidate and the party chairman from the same region of the country.
Wike’s media handlers are not better than the puerility of the PDP structure that allowed the concentration of key offices in one particular region of the country. Instead of responding to Nwoko’s statement on its merit and look their own argument to dislodge his own they resorted to name calling and asinine abuse .

This is not the right time to apportion blames both parties to the protracted self-immolation the party is currently witnessing which may likely affect its electoral fortunes come 2023 should sheath their swords and come into negotiations table for the sake of peace. 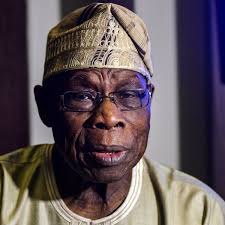 Presidency should go to S-East 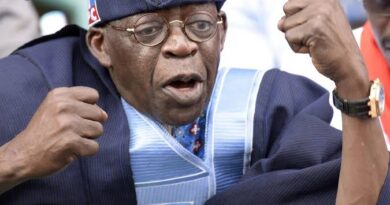