A new survey carried in Lagos State has revealed the 95 per cent residents passed a vote of no confidence in the state government in the area of governance. The survey was carried out by the Human and Environmental Development Agenda.

According to the survey, only five per cent of the respondents expressed satisfaction with the Lagos State government’s overall performance, while the remaining 95 per cent said the government had performed below expectations.

Also, more than half (61 per cent of the respondents) said they had no understanding of the processes involving the drafting and implementation of Lagos State’s budget.

The survey was presented to the public at a seminar themed “Leadership Approval Rating: A survey of Citizen Perception on Governance in Nigeria” released in June 2022.

Emani, a platform for rapid surveys of hard-to-reach communities independently administered the survey.

The survey was conducted in Lagos between January 19 to 21, 2022. It collated the opinions of 457 respondents. The respondents were spread across both genders, comprising 236 men and 218 women.

Furthermore, the survey noted that 11 per cent of female respondents consider the Lagos State Government effective in creating economic opportunities. About half of them (45 per cent) said the situation needs improvement.

A report based on the feedback of the respondents recommended that the State Government ensures a participatory budgetary process in managing and governing the state. The State Assembly was also enjoined to publish copies of the budget for the purpose of public appraisal
The Punch 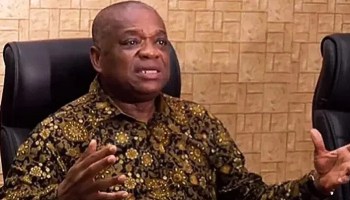 Ministers who fail to resign on their own