Chelsea manager, Thomas Tuchel, has explained why he yelled at Jorginho during their FA Cup semi-final win against Crystal Palace.

The Blues won the game 2-0 at Wembley on Sunday, thanks to second-half goals from Ruben Loftus-Cheek and Mason Mount.

Jorginho played for 77 minutes before he was replaced by N’Golo Kante.

Before he was taken off, Jorginho was guilty of wasting possession on a number of occasions and Tuchel was seen shouting at the midfielder from the touchline.

The Chelsea boss has now admitted he was too “hard” on the Italy international, who he believes is suffering from burnout.

The demands are high after big success like winning the Euros. I think he really felt the pressure there, everybody for Italy felt it. This is normal. Sometimes after big successes, it’s very difficult to keep on going.

“It’s true, I was very hard on him during the match. He had some situations he could do better and normally does. It is never personal. I love Jorgi. I know that he knows it,” Tuchel told reporters on Tuesday. 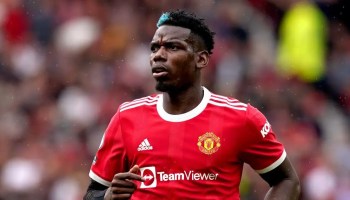 Pogba says Man Utd wanted him but offered ‘nothing’